Wednesday night Albatros H4 played their first competition game in their new line-out. As Nikos moved on to H1, Sam became setter, Damian returned as mid to replace Bogdan and youth player Jesse joined the team as outside power hitter. Even though this was the very first time they played together in this new set-up and the opponent Zipangu is a very strong team, they did very well and lost only with a very small margin. More importantly, they managed to have a real good teambuilding excercise which promises a lot for the rest of the season. 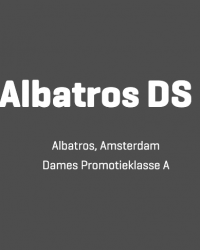