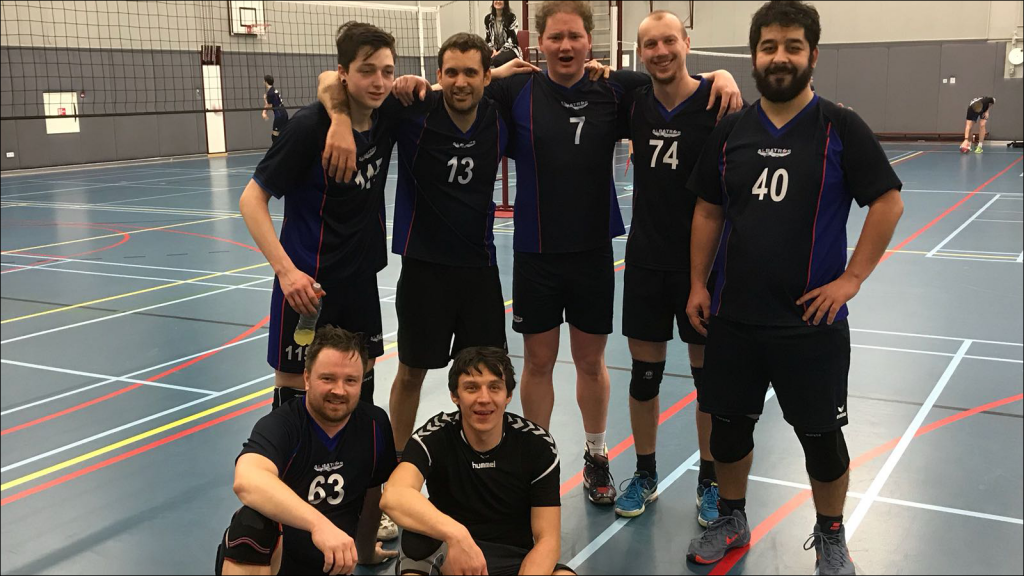 On Friday evening Albatros H4 played its fourth game against well-known opponent Syzygy. Just like last week, the first set proved to be difficult for lack of focus of the Albatros guys. Yet, after a 25-21 win still, the other sets were won with huge differences. After three sets Sven allowed to take off for Germany and Rik took over to finish the job. The photo was taken just before Sven left.