Albatros HS1 faced Zaanstad HS 5 on the last Friday of october. Missing a few players forced us to put Marat in the middle position and we had to resign from having a libero due to Lorenzo’s injury.

We’ve chosen a few players from the opposite team which we were serving on, we managed to keep the opponent far from the net which resulted in a lot of free balls , light attacks or in general mistakes plus position one was very often unsecured, it was our main aim spot. One of the opponents got even a little bit tilted which for sure didn’t help them gain any confidence or morale.

All of the sets were very similar to each other. High confidence and very low amount of mistakes. Starting from set 2 Sebastian started supporting our defence, where he was substituting Pedro in the back row. Also once we had a visible advantage we were risk on in service and combinations at the net. Almost every combination resulted in a hard spike with no block.

The only element we struggled with was playing mid. Somehow with both of the middles there was no good connection regarding tempo and location on the field. Something to think about at the next training session. 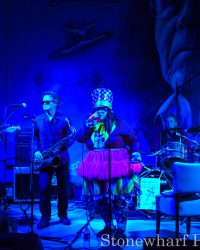