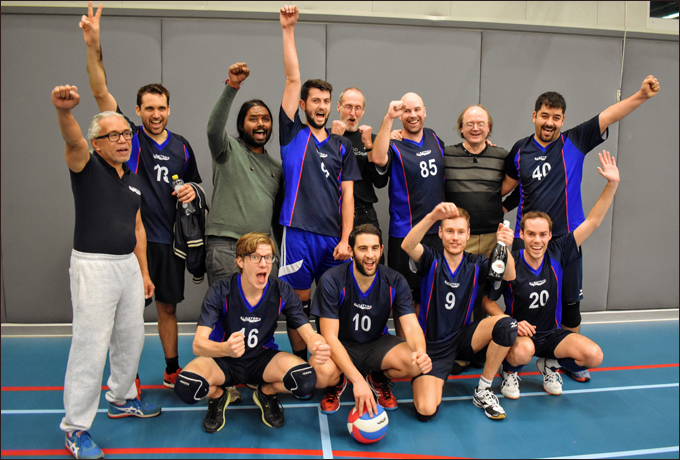 Wednesday night Albatros Heren 4 had to gain at least four points to become champion in their fifth class poule. After a close 25-23 win over Arena H2 in the first set and a walk-over in the second set, everybody expected the third set to be won easily, but that turned out to be very different.

Arena suddenly took the lead, with 18-10 and a little later even 24-19. Yet, in a thriller-like final the Albatros guys managed to win the set still with 26-24! The film shows the final point of this set in the making. After the 4-0 final win, on behalf of Albatros Jan offered the team a bottle of champagne to celebrate the championship. 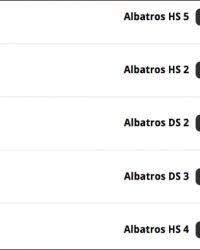 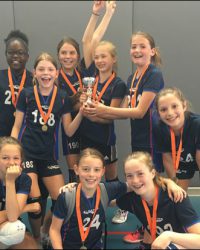 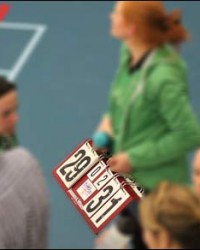 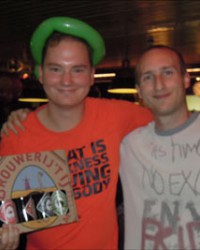 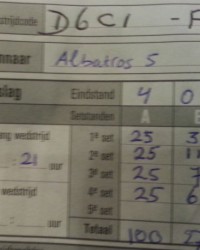 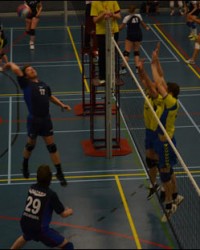 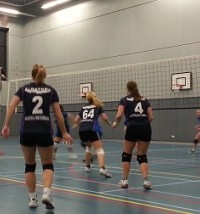 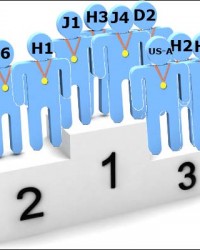