Battle for the title 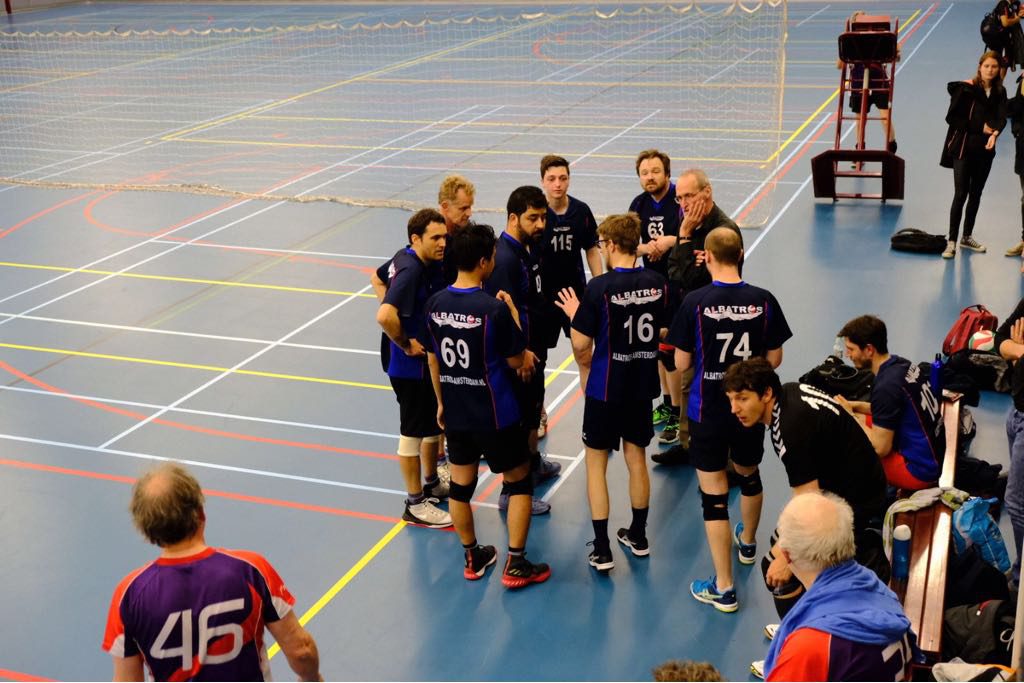 The Wethouder Verheijhal was being overwhelmed by the massive audience that came to watch the championship match. The game that was being played was the most important one of season, De Spuyt H3 v Albatros H4.

Even before the match started the pressure of the outcome was already resting heavily on the players’ shoulders. After a good warm up on both sides of the court the first whistle was heard and the game was kicked off, or…. erm… served off the game?

With an already fast paced start of the first set, both teams were ready for the fight. Though the match was already difficult enough, middle blocker Tony’s absence sure was felt by the men of Albatros, as De Spuyt was unaware of the unspoken rule of warming up during the first set. And so, with multiple good spikes from De Spuyt’s middle attacker the first set was inevitably lost by Albatros. [22-25]

The loss of the first set was quickly shaken off by Albatros and with an increase in focus they fought back. Meanwhile coach Kier was scheming a plan, it was to increase the focus, but without tiring out the players too much, whilst also having everyone play at the top of their game. Though this didn’t always work, it did work more often than not, and so the second set was victoriously led by Albatros. [25-20]

The third set, however, went a little less fortunatly. The players of Albatros started to lose focus and De Spuyt knew all too well how to capitalize on it. With the score gap getting bigger and bigger, the faith in the attacks of the albatross was getting smaller with each point. This resulted in attacks which were a bit more held back, a tip behind the block or even a two hand set. It was not enough to beat De Spuyt and ended in a second win for them. [15-25]

As the fourth set began, the loss of the previous set was still resting heavily on the men of Albatros. Resistance seemed futile as De Spuyt spikes were still as overwhelming as ever, hope for the championship title seemed lost. As the set came to a close H4 gave it their all and managed to turn it back around to a tie at the end of the set. Two more points and the fifth set could be won alongside the championship, but De Spuyt proved to be a worthy opponent and wheeled in the last few points, ending the match in a victorious manner. [25-27]

Besides the loss of the game it was still wonderful to watch, according to the audience. Furthermore we would also like to thank everyone that came to see the match and support us. So a big thanks on behalf of Albatros Heren 4. 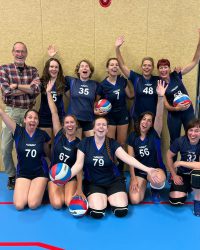