Tuesday night Albatros H4 played a vital game in the Van Hogendorphal against Syzygy H1, the last remaining contender for the nummer one position in our fifth class poule. Syzygy played very well in their last few games and proved to be a real difficult opponent this night as well.

Championship
Yet, the Albatros managed to win three real close sets, each time with only a two or three points difference (we don’t talk anymore about the other set in which we suffered a heavy defeat). The film shows the final point (23-25) by Melvin, which was celebrated so enthousiastically, because we are now real close to the championship. If we win our next game on Wednesday November 23 (Albatros home game evening again) promotion to the fourth class will be a fact! 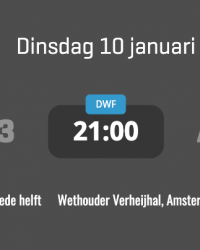 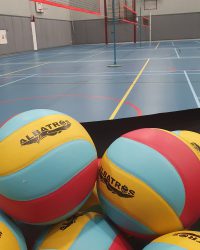